source:code was a data-journalism after-school program offered to high school students by Brown Institue for Media Innovation. Established in 2012, the Institute is a collaboration between Columbia and Stanford Universities. Its mission was simple: Sponsor thinking, building and speculating on how stories are discovered and told in a networked, digitized world. source:code allowed the students to learn more about merging data analysis and journalism writing. Its minimal identity is based on the subtle punctuation differences between a sans serif and a serif font, in this case the colon. 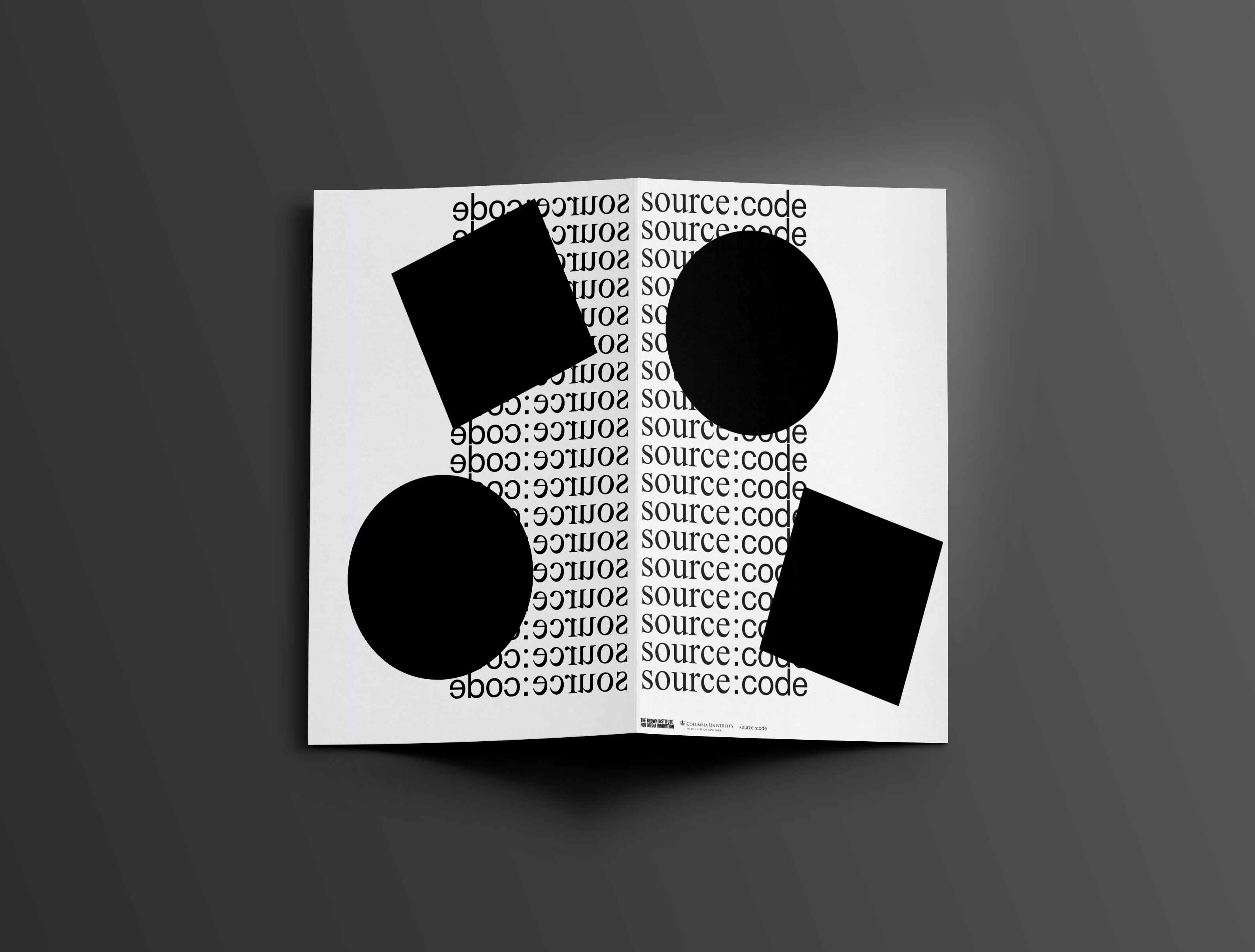 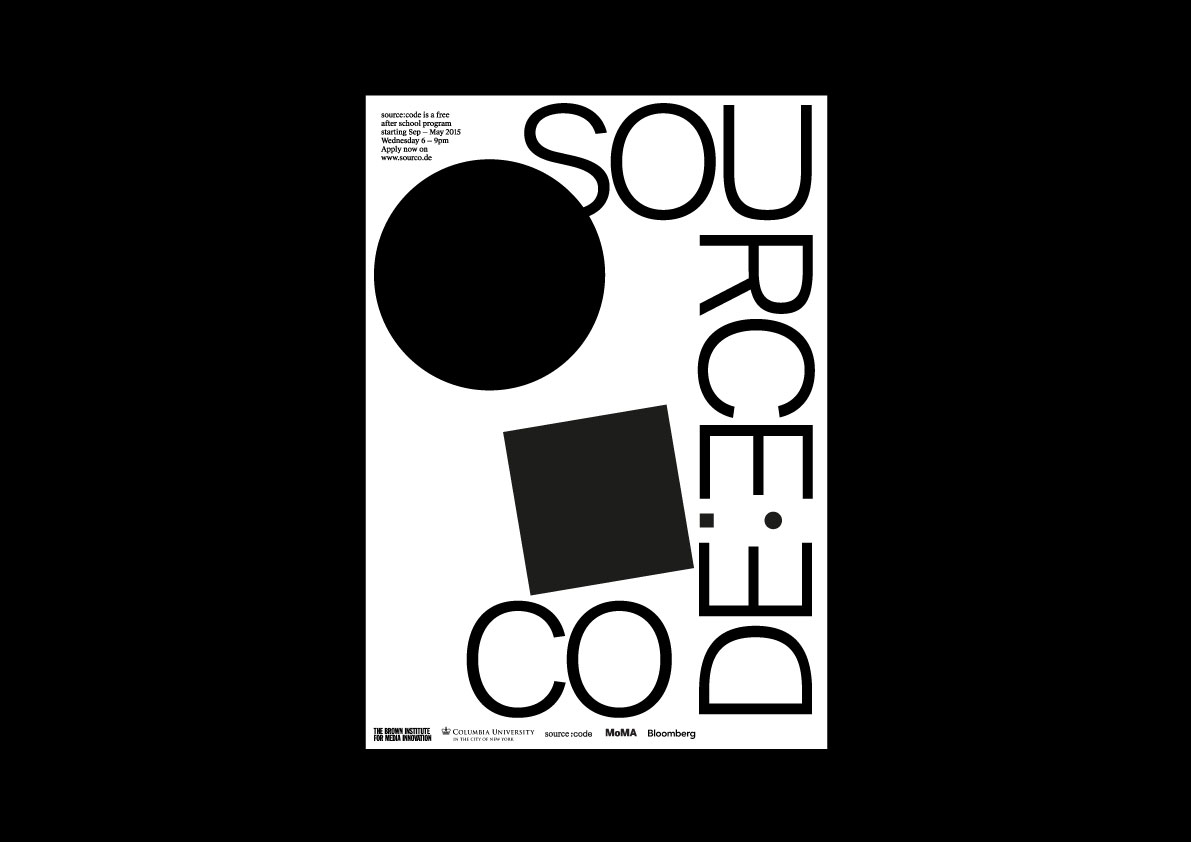 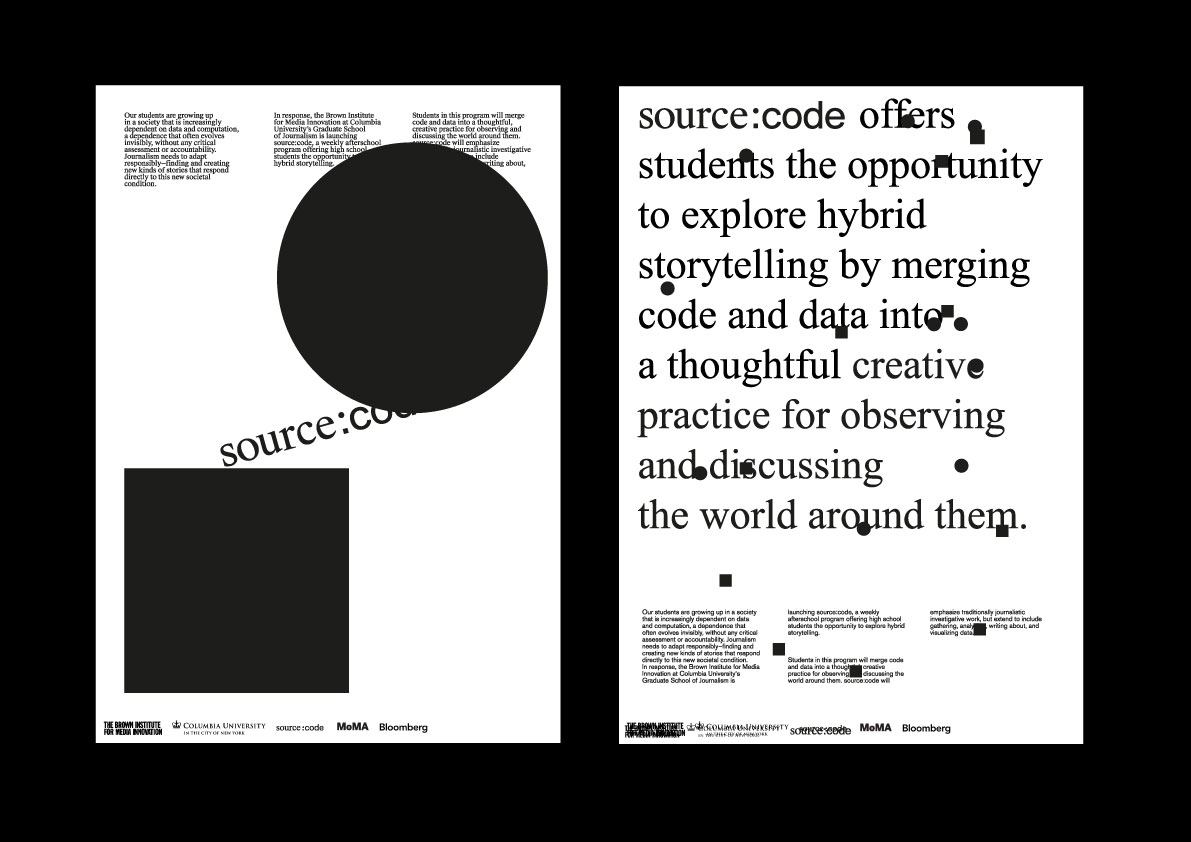 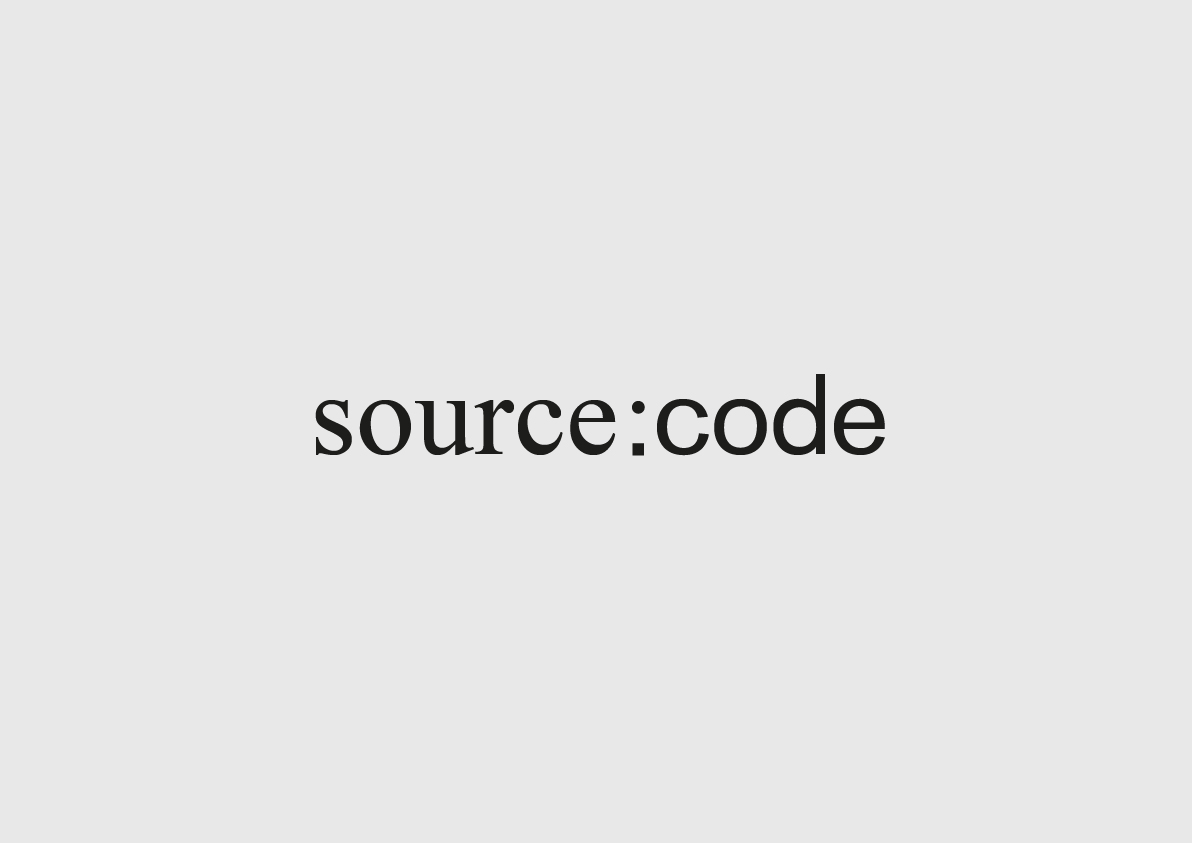